Yarnbomb For Knit In Public Day 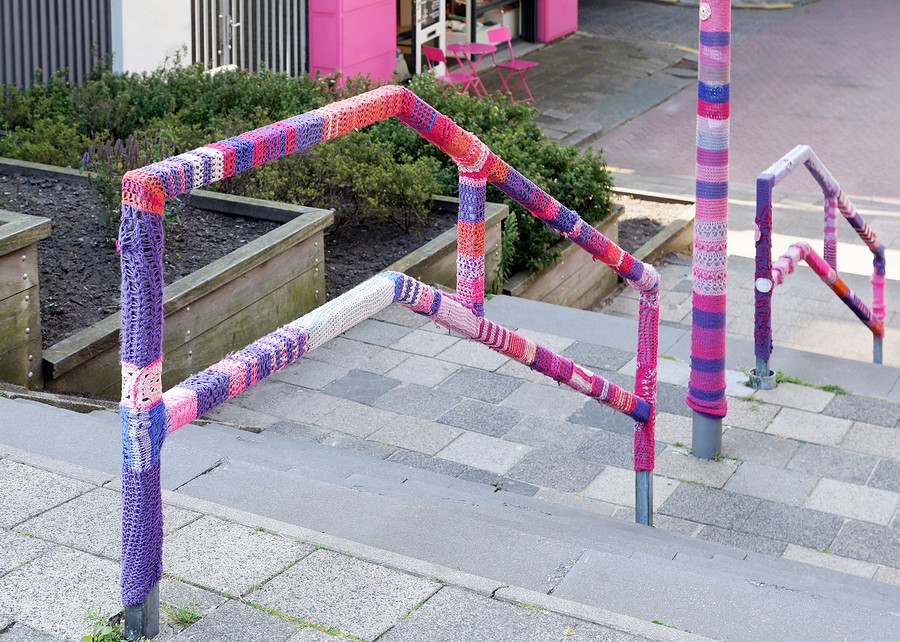 If we asked you to think about what kind of forms of guerrilla marketing match your brand identity, you might not, ever, answer us back with the word knitting. However, the craft which once had an overwhelming association with old ladies has been adopted by a new generation, and according to recent research from Nectar, one in 10 millennials between the age of 18-24 in the UK knits as a hobby, according to a recent issue of Knit Now magazine.

The industry behind knitting has moved with the times too, and alongside tried and trusted brands that have existed for decades, contemporary brands have exploded onto the scene, making the most of the connection of the craft to modern fashion design. Up and coming brands such as Wool and the Gang have even tied their stall to super models like Cara Delavigne knitting their patterns backstage at catwalk shows!

Whatever your angle for your brand, at Ambient Media we’ve had great success with yarnbombing campaigns as great examples of disruptive advertising. The great thing about it is you can yarnbomb almost anything! From bikes to trees to statues and anything in between. Charities and big brands such as Asda and Innocent have all used yarnbombing in the past!

If it sounds like something that could work well with your brand, why not get in touch to talk to our creative team about it today? There are some key dates coming up over the next few months which lend themselves well to yarnbombing, including Knit In Public Day – where knitters across the land are encouraged to be out and proud with their knitting. This year it’s held on June 18th.