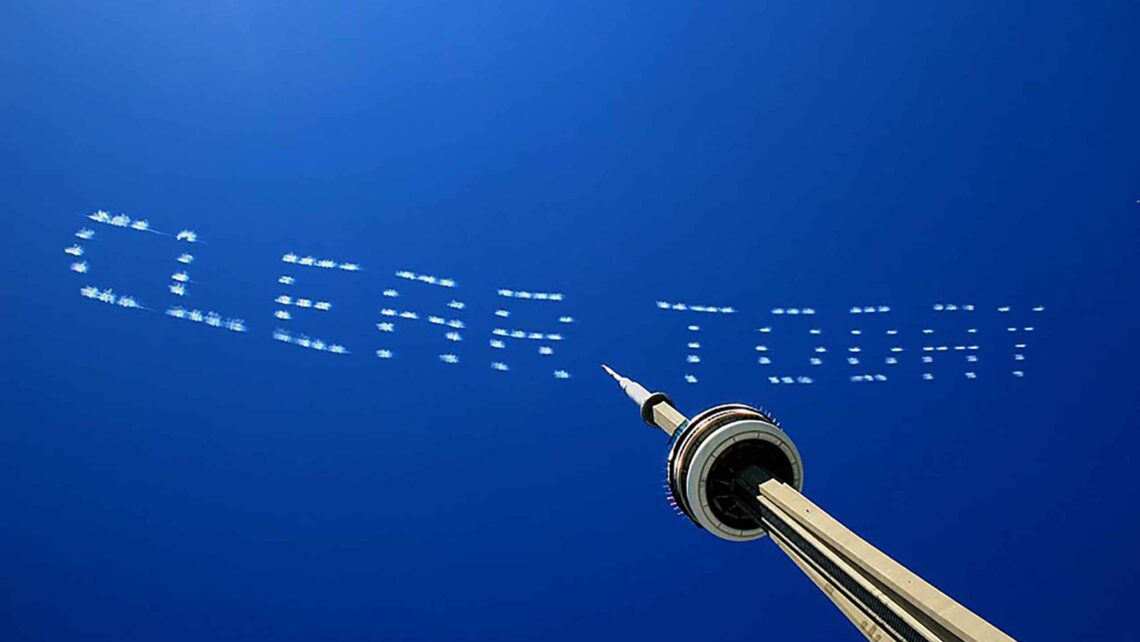 The largest billboard in the world is now available in UK skies!

It’s fair to say that something as rare as a global pandemic has a huge impact on most of us humans across the globe. From healthcare to employment to simply being able to enjoy a nice cold pint in your favourite pub, this is a situation that most of us have never experienced before. Out the back of the past year, there has been much change and this change is likely to be long-lasting. It has also reset many standards and refreshed the way we think, paving the way for the emergence of exciting new ways in which brands engage with their customers.

Here at Ambient, we like to think of ourselves as creative thinkers, constantly pushing the boundaries and keeping our heads outside the box. For over 20 years, we have been at the forefront of some of the most innovative and eye-catching experiential marketing, sampling and non-traditional media campaigns.

To this end, we are super excited to announce that’s it’s here: the Skytyping UK launch!

So what exactly is Skytyping? In a nutshell, it does exactly what it says on the tin! We are able to print messages in the sky, creating and delivering the world’s largest Sky BillboardsTM visible from over 10 miles away. Each message is 5 miles long and created 10,000ft in the air making traditional 48 sheets seem tiny!

Skytyping has actually been around for over 60 years largely being used as a popular advertising format in the USA by brands such as Pepsi, Coca-Cola, Coors and Coppertone for product launches, music festivals, movie premiers, national sporting events and other promotional campaigns. The Pepsi-Cola Corporation were truly ahead of their time when they became one of the first multinational companies to use Skytyping/aerial advertising as a key part of their successful marketing strategy.

Previously not possible in the UK due to aviation law restrictions, a recent change means that Skytyping is now permitted and Ambient have the only partnership in the UK to be able to exclusively offer this literally ground-breaking media format.

In partnership with Team Yakovlevs – world leaders in precision formation acrobatics and the only team outside of North America to have mastered the technology – Sky BillboardsTM are created by flying five aircraft in tight formation. Each one delivers computer-controlled pulses of smoke which in turn create letters and symbols combining to display a message. These messages can be pre-programmed or created dynamically and in real-time for sporting updates, social posts, etc.

What about the environment?

The messages are typed in the sky using ‘smoke’ derived from non-toxic, biodegradable mineral oil, with all flights carbon offset. There is zero noise impact – at 10,000ft the aircraft are inaudible from the ground – in stark contrast to loud, low-level banner towing aircraft.

Sky BillboardsTM packages can be tailored to target specific locations or selected from a range of standard beach routes.

After what has been a pretty turbulent year, we are truly excited to see this innovative format take flight to give a large boost to brands and events looking to create memorable and unique experiences and maximise brand exposure.